What is the real victory?

Have you ever heard of the expression “Pyrrhic Victory”?

Pyrrhus was a Greek general who was born at the time of Alexander the Great and died (318 B.C.). He fought for the restoration of his power in Greece and southern Italy.

He faced the Romans and defeated them a few times, but at such a cost in lives, that the campaign could not be considered really victorious…

When they congratulated him on his victory against the Romans at the Battle of Asculus, he would have responded: “One more victory like this, and I am lost!

Since then, the term “Pyrrhic Victory” has been used to express something like “won, but did not take”.

What have you been fighting for?

Have you experienced victories like this in your life? Fight hard for something, pay a high price and then find out it wasn’t worth it?

Actually, our lives are full of Pyrrhus’ victories…men and women who pay high prices for a professional victory, to later discover that they lost their marriage or their children; people who prioritize above all the money, to end their life without friends; people so determined to reach their destiny, that they can’t even enjoy the way (and life doesn’t take anything, or…no coffin has drawers!)

I like very much the phrase of an American missionary who decided to dedicate his life to the evangelization of the Aucas Indians in Ecuador and who in 1956 died murdered by them.

Jim Elliot wrote years before to his father, explaining his decision to be a missionary with the Indians: “It is not foolish to give up what you cannot have, to have what you cannot lose.

Are you willing to stop having Pyrrhus victories in your life? Win but not take?

The Bible declares in Mt 16:26: “What good is it to man to win the whole world if he loses his soul?

So think about it, talk to your friends and family. Help someone to stop being a fool in “wanting to retain what he cannot have” in order to experience the true VITORY that is in Christ!

And think to yourself: Will my victories, or the victories I pursue, effectively make me win something? Remember that the greatest victory is in Christ.

Follow Bible JFA on social media: @bibleofflineapp. If you have not yet downloaded our app, just search for “Bible Offline” by Mr Rocco in the app stores (Google Play Store and Apple App Store).To see more publications like this click here! 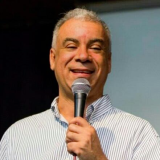 Amen 🙏praise God🙏
Father God in heaven, I have phrric victory in my life but I know that by your unfailing love and unprecedented favor upon me, you have already blessed this relationship I have right now with the man I really love 😍 I trust you my God that you will not let him go away from me. Yes Lord Jesus, I praise and thank you my God that you gave him (Saud) in my life. I praise and thank you God that you will rooted him in my life as I am with him. Thank you for your favor and blessings in our relationship. Amen 🙏

Praise and thanks be to God for the wonderful sharing and reminder on what real victory is, inJesus Christ alone. God bless you more!

Human nature seems to be, do what u can for u &/or what about me? Our example in Christ should be our example to self & others… look WHERE HE’S at & sacrificed for our souls! Thats pure unconditional LOVE for souls created in the image of the Creator who balanced all things in His willed PURPOSES Balanced an earth that doesn’t fall out of orbit no matter the weight of our sins & protects the waters’ from overtaking His lands…who sent His son to take the beating of us all so we privelaged in His creation will be an example of His loving,blessed purposeful will! Gave us full armour with culmination of having our backs! Shares SWORD of SPIRIT, the Truth of the same breath He instilled in sustaining us! With His WORDS & Promises that dont return void!!! VICTORY IS OURS, not satans, so GIVE GOD the GLORY HE DESERVES & get renewed minds to what’s already been done/given unto us! ✡GOD ALMIGHTY is AWESOME & in CONTROL 👀 Let Him be HIM & receive the best days of our lives for a time such as this! He doesn’t make mistakes & has NOT brought us this far to let us go now! Learn & teach His TRUTH & Promises for that’s our compass in this willed narrow journey & give Him praises with thanksgiving to our designer who is our lifes light& walk not in darkness! John 8:12. Remember, We can do ALL things through Christ who strengthens us Philippians 4:13 & BLESSED are the pure in heart, for they shall see God! Matthew5:8