Be careful on your brother’s faith

I have seen many brothers and sisters of all denominations with attitudes that sometimes cause me strangeness. I am not one of those believers who are scandalized by anything. Being a young man, I have a very broad vision of the freedom that God gives us. However, I believe that certain things should be taken with more consideration by all. For the love of others and in respect of the faith of the people around us.

“Only God can judge me”

In fact, no one has the task of judging anyone, for whatever reason. But is everything really judgment?

At every moment I see Christians who avoid exhorting others for fear of being seen as judges. This turns difficult the lives of leaders and the expansion of the Kingdom. Since many errors are left untreated and hidden. And ends as seen as “normal” things by many people.

This is the case of Christians who do not think that Christian decency and morality are so valuable in the society we are living today. Then we see men and women who claim to be patrimony of the Lord attending parties full of songs of low slang. Speaking a lot of profanity. Getting drunk. Posting photos loaded with sensuality among other expendable things.

As I said, I am not judging. But my intention with this text is to clarify how much our actions can have negative effects on the faith of other people.

The Bible quotes in several passages about the importance of being with a clear conscience. The only way, in this case, is through Jesus Christ. After all, even one who does not know the laws of God, by the Holy Spirit, can purify his conscience.

Heb 10:22 “let us draw near to God with a sincere heart and with the full assurance that faith brings, having our hearts sprinkled to cleanse us from a guilty conscience and having our bodies washed with pure water.”

Rom 2:15 “…the requirements of the law are written on their hearts, their consciences also bearing witness, and their thoughts sometimes accusing them and at other times even defending them.”

The biggest problem, however, is when, for lack of exhortation, the mind of the person who is acting in a manner inconsistent with a Christian morality ends up being cauterized in a way that he is no longer able to distinguish good and evil easily . Until it denies any further rebuke.

Anyway, we must remember that our attitudes can cause someone of weaker consciousness to stumble, and this is extremely serious!

1Co 8:9 “Be careful, however, that the exercise of your rights does not become a stumbling block to the weak. (11) So this weak brother or sister, for whom Christ died, is destroyed by your knowledge. (12) When you sin against them in this way and wound their weak conscience, you sin against Christ“.

Gal 6:1 “Brothers and sisters, if someone is caught in a sin, you who live by the Spirit should restore that person gently. But watch yourselves, or you also may be tempted. (2) Carry each other’s burdens, and in this way you will fulfill the law of Christ”.

Jd 22 “Be merciful to those who doubt; (23) save others by snatching them from the fire; to others show mercy, mixed with fear—hating even the clothing stained by corrupted flesh.

It is obvious, it is no use for a brother to correct another when he does not have the authority to do so. And the authority I want to say is about being someone who does not have problems on the same issue you are trying to correct in the other. At that time we must remember the speck in the eye of the neighbor and in the wooden beam that is on ours (Mt 7:3).

But the main thing is to help each other so that there is always a correction in the way a brother conducts his life with Christ. After all, we are not perfect and we all need exhortation!

Do everything with love

First, pray to God for discernment and wisdom to deal meekly with a brother who is committing grave faults.

Then try to understand what is wrong and the things that induce that person to make mistakes. It is much more effective to treat a problem at its root!

In the end, remember that love is the most important thing (1Cor 13:13). Then, on no occasion should one expose the error of the person he is trying to assist. Treat all the brothers in the same way you would like to be treated, with care, care and affection.

Thus, we will increasingly have a church strengthened and living according to what is God’s will. 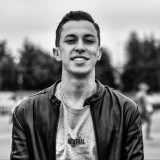 Marcelo Brandão, 24 years old, communication professional. I was drawn in the clay to be a bond of love between Jesus and the people.
Subscribe
Login
19 Comments
Newest
Oldest Most Voted
Inline Feedbacks
View all comments

Gm
I feel that you are a great teacher for GOD, I read your powerful massage and it help me so much. I am a pastor child, & a Bishop’s grand child, I was trained to act the part of a good girl. I now have a personal relationship with Jesus Christ. I thank you for being a true servant for him.

That’s so true, thanks for your words of wisdom pastor Marcelo, I recently had a member of my group were he was upset with a character (person) of the bible, he started criticizing and judging his life, I said to him, that only God can judge us and the person in the bible is there for a reason, we are not to change scripture to our own likes.
My mistake for giving out my opinion to him, because I’m not a pastor, I was new to this type of situation, I was able to bring down to a normal level afterwards, but one has to be careful with this.
I appreciate you sharing God’s word, may He bless you always.

Good article. I always say hate the sin but not the sinner. We must learn to love even those have done wrong. If Jesus can ask forgiveness for your that crucified him why can’t we follow suit? We are to learn to be more Christ like.

Just what we thought is good to us is totally wrong in the eyes of the creator . I really thank God for this opportunity that he is pulling me from the darkness to the light. In him I trust in him I believe and in him have faith . He is Jehovah merciful God

Great word. You have wisdom beyond your years. May we all take the Love of God that we have and put it to use by living out what God is calling us to and transferring that Love to those we come in contact with and encouraging them to see themselves loved by such a good God.

Titus 2 verse 11 and 12 states that the grace of God that brings salvation has appeared to all men teaching us to deny ungodliness and worldly lust that we should live soberly righteously and godly in this present world. Emphasis is on this present world if God lives in you the world will move out.

Realy happy too much.
Discovery suddenly ,I believe in sprtual guidance .Thanks Jesus Christ
My name Yera Sow a Fulani from the Sahel-zone

Whaoo,thanks to God for his wisdom given to you to shere this great massage .in deed I am happy to read it , may God locate me quickly to be who he want me be for I am trembling in the mix of things I don’t like but can’t help my self pray for God mercy on me.

I quite agree with you because I was once a victim of constant criticism. At a time I was always doing things in secret because I was scared of being criticized by my spiritual teacher. If I am not sure of my actions I was always keeping it to myself. Sometimes, I just try to console myself by saying anyway God understands me otherwise he wouldn’t allow me do it.
Finally i started avoiding him .

As a repented child of God i feel so guilty for allowing myself flexibility through committing bad behaviour, smoking, attending clubs, etc.
It is so much of a negative consciences on my mind.
I am afraid not to make others stumble because of my choices in their spiritual life.

Everyday you have a chance to do the right choice, bro!

Thanks a lot Dear! May God bless you

Hi, thank you for the thought. I want to share my testimony. It will I believe be a blessing to others.

After reading what you are saying the wisdom you have shown is spot on as to use scripture in support of what we are saying is definitely the Godly way.