How to be remembered forever?

Today I would like to talk to you about Generosity and how it is capable of producing an eternal memory. After all, no one would like to simply be forgotten. I think we all want to do something relevant that people will remember us positively and in a way that glorifies God. I never met my great-grandfather, but everyone who talks about him gets emotional and remembers him as a good and generous man.

I don’t know about you, but whenever I received something generously, it was engraved in my heart with great affection and gratitude. A generous gesture marks people, generates memory. Even if there is a remarkable way for us to express God’s character and love, it is through generosity.

Your deeds will be remembered forever

“Good will come to those who are generous and lend freely, who conduct their affairs with justice. Surely the righteous will never be shaken; they will be remembered forever.” – Psalm 112:5-6

Psalm 112 describes the conduct of a God-fearing person. This biblical chapter reveals that the fear of the Lord leads to a generous life. The person who fears is upright, honors the principles of the Kingdom of Heaven, and blesses his community.

And later in 2 Corinthians 9:9, the apostle Paul makes reference to the text of the Psalms and stresses that deeds of goodness and righteousness are remembered forever.

“As it is written: “They have freely scattered their gifts to the poor; their righteousness endures forever.” – 2 Corinthians 9:9

And it is interesting that generosity is not only engraved in people’s hearts, but also in God’s memory. There is a biblical character whose story is narrated in Acts 10, named Cornelius. He was a Roman centurion. And even though he was not a Jew, he was God-fearing. The Word describes that he was a man of prayer and also generous, known for his alms to the needy.

As narrated in Acts 10:4, God sends an angel to Cornelius who says the following:

“Thy prayers and thine alms are gone up for a memorial before God.” (ASV)

“Your prayers and gifts to the poor have come up as a memorial offering before God.” (NIV)

Cornelius’ generous and prayerful attitude was enshrined in God’s memory. In view of this, the Lord mobilizes the apostle Peter to go to his house to preach the Gospel of Jesus. He was the first Gentile (non-Jew) to whom Peter preached.

It is interesting to say that we are often afraid of being generous and of something missing in our house because of this. But Cornelius’ generosity was kept in God’s memory and generated the Father’s care for his house, which was able to receive the message of salvation. The Word narrates that while Peter was preaching the Holy Spirit he descended on those people (Acts 10:44), who were subsequently baptized (Acts 10:48).

Do not forget it!

Know that your generosity to people, to your church, to your community bears fruit for eternity. It goes up as a memorial offering before God. When you are genuinely generous, you touch the Father’s heart and your actions are kept in His memory, which is eternal. 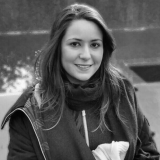 Gabi Angerami. I want to live His purpose for me.