When Jesus looked up and saw a great crowd coming toward him, he said to Philip, “Where shall we buy bread for these people to eat?” He asked this only to test him, for he already had in mind what he was going to do. Philip answered him, “It would take more than half a year’s wages to buy enough bread for each one to have a bite!”

Jesus asked the disciples how they would feed all those people who were coming toward him. They looked at their insufficient resources, at their empty hands and were filled with despair and anxiety. The disciples forgot who Jesus was and the miracles he had already done, doubted Him with a perspective of limitation and impossibility.

At what point had they forgotten that they were before the son of God? Jesus had just calmed an angry sea and healed several sick people. Was there anything that would be too difficult for Him? Where was the faith of the disciples hidden? Why did they stop looking at the greatness of the God they served and put their attention only on the circumstances?

Jesus knows what you have been facing

Jesus knew of the insufficiency of the disciples’ resources, as well as your smallness in the face of the problems you have been facing in the midst of this pandemic, be it a situation of unemployment, anguish, panic and even depression. But the big question is: what are your eyes fixed on? Are they fixed on the size of your difficulty or the size of your God?

After this dialogue with the disciples, Jesus multiplied 5 loaves and 2 fish and managed to feed more than 5000 people who were gathered there. There was a miracle and the faith of the disciples and everyone present was strengthened.

God is greater than your difficulty

We can make an application of this story in our present moment in life. We are in the middle of a pandemic, it is time to learn not to lose our faith in the face of adversity, and even in the lack of necessary resources, but on the contrary to make our faith grow.

At what point did you forget that God is much greater than your difficulty? Instead of surrendering to fear, despair and anxiety, surrender, along with what haunts you, at the feet of the Lord.

In this way, we need to learn from this biblical passage that it is the Lord who sends us sustenance – in every way – in the right amount, so it is up to us to wait on Him. Let Him be God, have faith and trust. 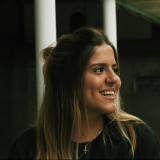 Praise God from whom all blessings flow!! Thank you for the reminder that God is all POWERFUL, all knowing, and MERCIFUL.

Thank you, just the encouragement I needed

Culminating our relationship with God is emptying ea of ourselves & allowing Him to utilize us to our fullest potential…Our✡Creator knows His purpose FOR ea of us & HIS overall Glory is what counts. We are His souls cherished & pure for who pd our price & are loved for who we are…if we believe let us be stil & recognize who’s we are for He can do all things for His greater purposes’ in our lives. It’s time to be still, listen & be used for His structured holy KINGDOM and souls are what Hes fighting for. So we must be an example of tbe hope Hes instilled in ea of us. Let His purpose flourish & watch the true greatness of our Almighty Creator in this refining process to purify our privelage of being used for what time He has blessed us with for there’s nothing guaranteeing our next minute& i dont want to disappoint Him when Hes entrusted us to Stand, conquer & gives us ability to do all things through Him. His love conquered all, utilize the power He’s placed upon each of us to do greater things & walk by Faith not by sight for he directs your path🕆🕊

I love this story every time I hear it. Thank you Lord.

This was great tonight

So mature for someone who is just 19.

Amen. And thank you. Very uplifting.

Faith cometh by hearing the word of God everyday

Amen! May God strength our faith every single minute, ’cause we need Him more than we need the oxygen.

Thank you so much this really spoke to me this morning

God bless you for this message during this current season, not just for me, but this world. Amen

Amen.. I’ve literally been battling depression all year. To make matters worst, my Fiancé just broke up with me.. My mother died and she was my everything. So I literally have no one to turn to. But in God ill seek comfort knowing everything will be okay.

Blessed are they who mourn, for they shall be comforted. Please, hang In there. You will recover all that you lost and more.

Psalm 23 the Lord is my Shepherd I shall not be in want. Sometimes or many times we only see our pain and our circumstances, we don’t see beyond the purpose or the plan of God for our lives, but through the time , we see back, from where the Lord has brought us, and realize how faithfully he has being, everything He cuts or takes away of us , it is because He knows is not His Plan, is not His will, and He is Showing us, His love, protecting us from people that are hurtful to us. He is Amazing. How patiently He brings us in life cleaning us from our own sin, our own hurtful warnings from our past way of living. I praise God for His Love His Glory, His purpose of salvation for stubborn people like me. Praise Lord for not giving me up. Hallelujah, He is coming to reign and rule the earth, I praise Him.

I’m BLESSED to be reading your courageous words for it’s showing your maturity & love for Christ…i also am facing many like minded challenges & have been fighting spiritually & to share with your story & pains has lifted me & helps to hand this all over to be an encouraging soul to others who need to see we are experiencing this but not alone. TY sooO much for sharing & God BLESS you, my prayers’ are with u🕆

Thanks!!!!!!!
I lost my job my girlfriend broke up with its really difficult time for your message have given me hope that he will provide for his people’s and everything will work out thanks again

Amen…. I put my Faith and Trust in Jesus, knowing all miracles and healings, he perform. I know the God I serve. He’s powerful and merciful. Thank you for sharing that though with us. Sometimes we could lack a little in Faith, when face with circumstances but I Trust God. Have a bless and beautiful day!!

Amen. Thank you for the reminder. God is great! He will provide for all our needs according to his riches in Christ Jesus. None of his children will beg for bread. Thank you Lord.

If we remember (keyword) what He has done, we will never doubt what HE alone, CAN do. Isn’t that the whole point of salvation?
Oh what pitiful sinners we are!
Great reminder, Maria…God bless your faithfulness❣

Thank you I needed that encouragement for today God bless.

Thank you, I needed to hear this reminder from outside my own head today, “Let Him be God, have faith and trust.” Peace and wellness be with you.

Enjoyed and needed this today.
Thank you

Amen. How many time do we forget that we are serving a living god.

Maria, thanks for this piece. May God increase your anointing.

I thank God for been there for me in the pandemic. I but my trust him a lone.

Thank you so much Matia. This is a word in season for me and I am so grateful God used you post to talk to me. Thank you

This has been helpful….thank you

Amen. God never gives us more than we can bear. I trust in him and his time.

Amen.. it’s so true.
I have come to know

God bless all and strengthen his kingdom

I’ve been going through depression and anxiety for a while now.. this is the best message to read… thanks

The Bible reminds us that the Just shall live by faith. Faith is the evidence of things not yet seen. If we have a habit of trusting in the Lord with our heart and leaning not on our understanding, and acknowledge him in all our ways, we will not be anxious for anything

We Lean not to our own understanding. He will always be God. Sometimes I look away from the cross, thinking how, when and who will solve or make my problem and trouble go away,forgetting Jesus is the author and the finisher of our Faith’s. Thank you for sharing these words of faith

Thank you Maria, your message touched me. I’m in Cape Town, Soth Africa.

Amem, that’s true, we have to keep our faith, no matter what. Thank you, God bless you.

What a good word blessed with that amen thank u

I surrender everything to you God. 🙏🙌

We lay everything at your feet LORD 🙏🙏🙌💯

God has smiled on me. Thank you for being a messenger. God bless you.